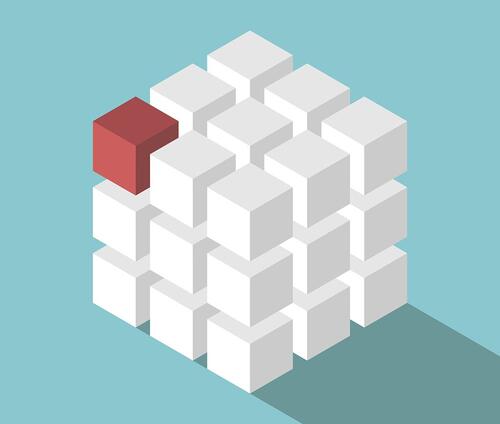 Aristotle’s quote, “the whole is greater than the sum of its parts,” has long been used as a framework in business philosophy. The idea is that things are better off as one unit instead of in pieces. But microservices takes that theory and flips it on its head: The sum of the parts is, in fact, greater than the whole. It’s the reason so many companies are replacing their monolithic applications and architecture with a successful microservices approach, proving that there is more than one way to build software and technology stacks.

What is Microservices Architecture?

Microservice architecture, or just microservices, is an application or software systems development process that emphasizes creating single-purpose modules with specific operations and interfaces. A microservices approach uses several independently small services that are segmented and deployable while operating a unique method communicated through a smaller device to aid a business strategy, such as making a payment online, analyzing medical results, or routing network traffic.

Each microservice usually involves no more than 100 lines of code since it carries out a single task within a broader event-focused process. Ultimately, the microservices definition is meant to create measurable and scalable software that can be distributed on a routine basis. By combining microservices together, a fully efficient system or application emerges.

A microservice architecture breaks down an application into small parts to create independent APIs for each component, which are then hosted on their own virtual machines (VMs). Each service discovery within the microservice also needs its own database since a shared database is what defines a monolithic architectural style. Having independent databases is what allows these services to be loosely coupled. This kind of architecture is easier to manage and costs less to maintain than one big API.

When it comes to microservices, there are two important terms to know: containers and Dockers.

Containers: Microservices go hand in hand with containers, which are the tools and processes used to develop and organize microservices. It’s a software package comprising of settings, code, system tools, runtime, and libraries. Containers separate software systems from one another as they run in the same environment, allowing simultaneous workflows on different microservices. For example, Linux containers (LXC) are used to run several isolated Linux systems on a controlled host using a Linux kernel.

A monolithic architecture is a self-contained method, independent of other computer systems. Its design is a single-tiered software system where all components (database and user interface) are combined into one program from a single unit. But there are many associated drawbacks that make a monolithic approach more of a challenge than a benefit.

A microservices architecture setup is defined by application components that are independent of the system’s other apps. But these standalone apps communicate with one another via RESTful web services, remote method invocation (RMI), and/or push messaging.

When designing microservices, the appropriate independent components should first be identified. These components are like mini applications, which are separately developed. They each go through their own specific development and deployment growth.

Within a system are various key components that are then independently deployed via their own mini applications. When data is needed from various components, a single request is made. An API gateway/front controller will then process data from individual components and feed them back.

A typical microservice architecture should also have inter-component communication, where components can talk via REST APIs, RMI, or messaging.

A microservices architecture and Service Oriented Architecture (SOA) have some similarities but also several important differences. With both methods, each service has a specific responsibility while developers handle complex architecture and distributed systems. Therefore, services are designed in numerous technology stacks.

But unlike SOA, microservices are deployed and operated separately from other services. With SOA, an Enterprise Service Bus (ESB), for example, becomes a single failure point, impacting an application as a whole. So, since all services are communicated through an ESB, when one service slows, the entire ESB becomes bogged down. But a microservice can compartmentalize so that when one microservice is disrupted, other microservices continue to operate properly.

However, unit testing as well as operational and deployment complexity can be equally problematic for microservices and SOA due to the different service types. And when it comes to data storage, SOA must share a database while a microservice database can work independently.

But the biggest difference between microservices and SOA is the overall size. The microservices footprint is much smaller than SOA, which can be a monolith or a combination of several microservices.

The very essence of microservices is to have multiple components. Each service is deployed, altered, and redeployed on its own without compromising the application’s integrity. This allows the ability to change one specific service at a time rather than redoing an entire application.

Microservices receive requests, process them, and give the appropriate response. This routing method is simplified compared to an ESB. There are smarter endpoints that logically process data and information.

Many applications begin as a monolithic architecture but evolve into a microservice architecture through APIs. Microservices are designed to be evolutionary and are meant for systems that can’t predict what type of device might access a specific app.

Microservices are designed to handle a failed component without bringing down the whole system. Therefore, connected services and components function while the failed portion is fixed or replaced.

Microservices prefer decentralized governance since architects want to develop tools that can be used by others to solve similar problems. Microservices also favor decentralized data management whereas a monolithic system utilizes a single database for various apps.

Many large-scale apps and websites such as Amazon, eBay, Twitter, Netflix, and PayPal have progressed from a monolithic structure to a microservices architecture.

Since Amazon has evolved into the holy grail of microservices, they get seemingly endless calls from numerous apps, including ones that manage the Amazon website itself to ones maintaining its web service API. That process would have been virtually impossible with its previous two-tiered structure.

Amazon organizes its microservices in a very unique way using something that CEO Jeff Bezos created called the “two pizza rule.” But what exactly is the “two pizza rule”? Teams shouldn’t be bigger than what two pizzas can feed. This rule was originally meant to explain how smaller groups at work can lead to more effective communication and eliminate process problems.

Essentially, it comes down to less is more, avoiding too many cooks in the kitchen. When you have a system that is broken down into smaller parts, it’s easier to manage and eliminates the possibility of one problem taking down the whole structure.

So, Amazon executes its enterprise microservices by:

Since microservices are smaller independent services that work off one another, the method offers a variability that has grown in popularity among the IT crowd. The flexibility and scalability are preferred when operating a wide range of devices and platforms.

The primary concept behind a microservice architecture is that systems and applications are easier to build and manage when broken down into bite-size portions that can be deployed, redeployed, and worked on independently while still working together.

Here are several benefits to microservices:

But that’s not to say a microservice architecture doesn’t have its pain points. But if some of the following challenges can be solved, microservices become more than valuable.

Since a microservice architecture has so many moving parts, communication is key among users for seamless system and application functionality to exist. Continually updated interface documents and schemas are a must for anyone running any component of the application or system.

The upfront cost to operate an application isn’t cheap due to each separate component requiring a runtime container with CPU and memory. And since running these independent components communicate within a network, these systems need fast and reliable connections.

Choosing varying technology stacks for different components in the system leads to the issue of a non-uniformed application architecture, which drives up maintenance costs. A seasoned DevOps team is needed to deal with the complex microservice-based apps.

To avoid security breaches, an internal communication service must be protected. Due to all the moving parts, the system is going to be more vulnerable to hacks. Additionally, the overall testing of a microservice applications is more difficult than a monolith architecture.

The price to monitor microservices systems and applications is costly and the tools might not always be readily available. And the overall cost of a running various applications will drive up costs compared with a monolith system.

According to Rajendran Balakrishnan and Chandrakanth Puvvada at Ness Digital Engineering, there are five key design principles for microservices that make an enterprise application a scalable and easy-to-maintain solution.

Domain-driven design focuses on the core domain and associated logic to reduce the chance of an application failing. It creates effective collaboration among DevOps and development teams to help understand what’s needed to scale and grow.

It’s important to hide the implementation details of each service within the architecture to ensure the scalability of one service apart from other services. The REST protocol helps services talk to one another with lightweight communication, and separating external and internal implementations allows these details to happen.

Since monolithic systems share a single database, it becomes difficult to alter down the road. Microservices allows each service to manage its own database in microservices, within the same database technology or different database systems altogether.

A faulty microservice, such as an unclosed database connection or a memory leak, will only impact that specific service, allowing other services to take on separate requests. This makes a microservice much more resilient than a monolithic architecture.

Within a microservices structure, deployment units increase and require automation, which is enabled through automating the build and deploy processes with Jenkins and/or CHEK tools from DevOps. Microservices reduces Jenkins workloads to one single job for each release artifact.

Microservices has moved past being just a technological buzzword and has emerged as the preferred method to build enterprise applications. Amazon, Twitter, and Netflix have paved the way for companies to evolve from monolithic structures to microservice architectures, which will ultimately become the top choice of technology for developers.

With the rise of Internet of Things (IoT) development, microservices will become a part of every industry. The benefits of microservices outweigh the risk of monolithic architectures, creating a foundation of future innovation for any company. 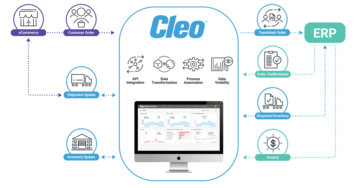 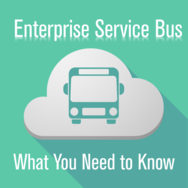 WHITEPAPER
White Paper: The Integration Playbook
A confident integration strategy requires a certain level of control - and to get it, you need a playbook. Follow the strategies ("plays") outlined below and your potential for success if unlimited, no matter what integration use case comes your way.
DOWNLOAD FREE WHITEPAPER
E-BOOK
eBook: What it Really Means to Do EDI
Learn about the role of modern EDI in the enterprise and discover the ways EDI can drive revenue for your organization.
READ THE E-BOOK
VIDEO
B2B Integration is Broken
We've combined the best B2B integration capabilities onto a single ecosystem integration platform.
WATCH VIDEO NOW
Report
Infographic: 2021 State of Ecosystem and Application Integration
COVID exposed the costly gaps in global supply chain integrations. See the eye-opening results of our 2021 integration survey.
SEE THE REPORT