Retail Apocalypse 2019: Brands Getting Pummeled in the Post-Digital Era 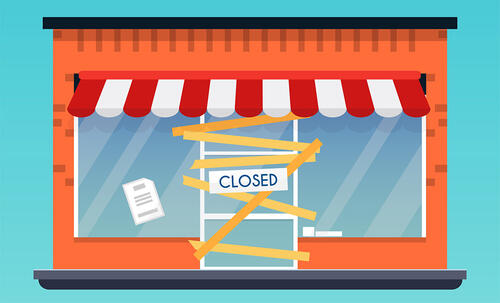 The term “retail apocalypse” may sound a bit dramatic, but there’s no denying the competitive struggles traditional retailers are facing in today’s post-digital era. According to a report from Coresight Research, nearly 6,000 U.S. stores have closed so far this year, and that count already tops the reported number of store closings for all of 2018. Perhaps it’s time to take Retail Apocalypse 2019 more seriously.

The fact is, increasing competition from Amazon continues to challenge traditional brick-and-mortar retailers, and the ripple effect of e-commerce and omnichannel retail strategies is crippling brands that aren’t prepared. But given the Sears bankruptcy filing and the longtime retail staple’s fall from grace, even the strong aren’t always surviving.

The U.S. economy is healthy, and although the Consumer Confidence Index has dipped a bit in early 2019, it’s still relatively strong and consumerism is on the rise. So, why are so many retail stores closing? And how is it that the former masthead of wealth and symbol of prosperity can disintegrate before our eyes, transforming malls and other shopping centers into ghost towns, without the pulling down the rest of the supply chain with it?

The answer, unsurprisingly, involves the rise of e-commerce. Retailers are struggling to evolve their business models to embrace the digital and omnichannel approaches that give them a fighting chance in the era of Amazon. It’s slightly ironic because while all that is happening, Amazon is trying to establish its presence in the physical shopping realm, opening Amazon Go locations and even brick-and-mortar bookstores, a callback to its roots, around the U.S.

The year 2019 is proving fateful for a number of brand-name retailers. A few of the notable ones announcing store closures and layoffs include:

JCPenney, Abercrombie & Fitch, and Victoria’s Secret also have announced significant store closures this year as they evaluate ways to stay relevant amid disruptive technological change. Retailers hoping to avoid participating in the retail apocalypse must shift their focus to giving customers new ways to interact with the brand, building a strong, integrated supply chain, and leveraging data to create value-added services.

Learn how TaylorMade is navigating the new retail reality

The Amazon effect changed the retail game years ago, but it’s accelerating faster than traditional merchants can adapt and paving the way for the current retail apocalypse. Offering a digital shopping experience is merely table stakes. It’s the businesses that are designing new sets of rules, embracing omnichannel strategies, and integrating and automating retail processes – many that were not long ago assumed to be disparate, unrelated processes – that are thriving.

Shopping is still happening, perhaps now more than ever. It's just happening in a way that shirks traditional precepts of where, when, and how. Retailers must reconcile that reality and commit to evolving in a way that provides customers a more personalized approach. Only then can they invest in the applications and ecosystem integration solutions to support things like e-commerce sales, order-to-cash, and drop shipping processes that are critical for success.