What is EDI? A Brief History 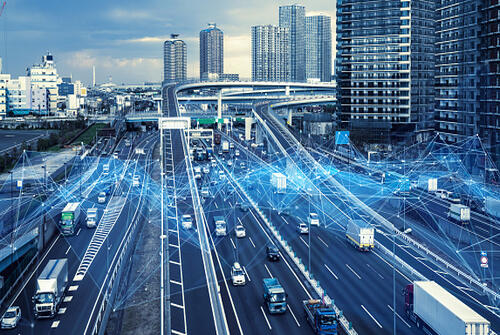 Within the B2B industry, there has been a standard when it comes time to do business with other organizations. A standard that remains today, and will for much longer into the future. That standard is EDI.

Here is all you need to know about EDI:

Electronic Data Interchange (EDI) is the computer-to-computer exchange of business documents between trading partners. EDI allows one company to send and receive information from another company electronically and in a standardized format, thereby enabling paperless communication.

The manual process that companies would be faced with if not for EDI reporting is one that is simply cumbersome and inefficient: 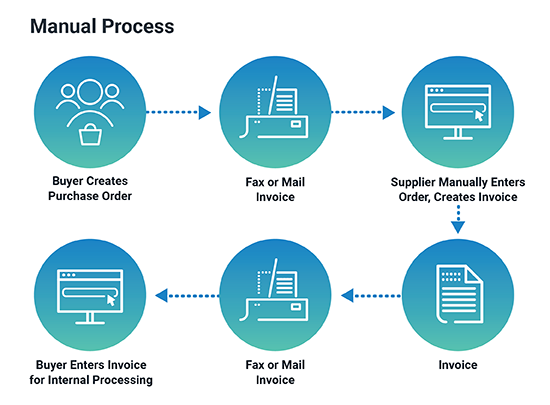 EDI software allows companies utilize to save time, money, and make life a whole lot easier. According to Infoworld Magazine's survey of an enterprise company, the cost for processing a paper-based purchase order is almost $70, whereas the same transaction performed through EDI costs less than $1.1

There are hundreds of specific EDI transaction codes that communicate different bits of information based on what one business partner wants to send or receive from a partner. What exactly, though, is it that makes these EDI so important?

Why is EDI Important?

How many languages does your business-speak? Perhaps a strange question, but if the entire business world could be given an official language, it would be that of EDI.

Without EDI, efficient communication between organizations wouldn’t exist. Instead, retailers, manufacturers, healthcare providers, governments, and multiple other industries would have to rely on manual and outdated procedures to facilitate business-to-business (B2B) communication. Think of EDI alternates like fax, email, and manual data re-entry.

Using these manual methods creates a jumble of unreliable, insecure, non-scaling, and non-programmatic systems for communicating business-to-business information – the most important data to the business at large. Furthermore, inconsistent messaging formats result in higher error rates and confusion among supply chains and logistics partners.

In other words, without EDI capabilities, business communication would be lost in translation.

And that’s why EDI is so important. The use of a standardized communication format creates an international language across every industry in the world. EDI has evolved over the decades to become the most globally recognized business communication standard, allowing enterprises to conduct business electronically across business networks and geographic borders. In this way, EDI has become the dominant language of business.

As smooth as EDI transactions run today in enterprises across many different industries, that wasn’t always the case. In fact, the creation of EDI is a story that many IT pros who use it today might not even be aware of.

In order to fully understand the importance of EDI, we have to go back in time to first understand its history. And it all started in 1948 in Berlin.

The History of EDI

The year 1948 was one of the most tumultuous times in the history of the United States. Ed Guilbert was an Army Master Seargent who had a problem.

How was he supposed to deliver supplies to U.S. troops in Western Berlin after it had been cut off from Western Germany?

The result was a marvel of logistics, the ‘Berlin Airlift’ which transported over 2.3 million tons of goods into West Berlin over the next year.

So how did Guilbert do it? He designed a standardized shipping manifest that organized the entire process and tracked what was contained in each shipment and which pilots were delivering the cargo.

Years later, in the 1960s, Guilbert took his idea to the next level by developing an electronic messaging format to send shipping information around cargo.

The transportation industry was the first to really take advantage of this new process and recognized the endless potential of EDI.

EDI really gained steam in 1968 with the creation of the Transportation Data Coordination Committee (TDCC) which started to create electronic standards within the transportation industry.

Companies across other verticals began to adopt EDI as well and soon were able to pass documents electronically through radioteletype (RTTY), telex messages, and telephone.

The FTP protocol was created as a standard in the RFC959 Declarative, outlining the different ports used, commands that FTP accepted, and values for the transfer parameters and modes allowed.

In 1975, the first national EDI specification was published, and Guilbert was a big contributor. The first VAN (value added network), Telenet, was also established in 1975 and was the first commercial packet-switching network to add more than just linking basic computer systems.

Two years later, in 1977, a group of grocery companies and partners drafted an EDI project, and in 1978, the TDCC becomes the Electronic Data Interchange Association (EDIA). Soon, the EDIA is chartered by the American National Standards Institute and becomes the ANSIX12 committee which is responsible for publishing EDI standards.

ANSIX12 published its standards for the first time in 1981 and include the transportation, food, drug, warehouse, and banking industries. Soon after, major companies in the automotive industry, including Ford and General Motors, as well as retailers such as Sears and Kmart mandate EDI for their suppliers.

The EDIFACT EDI standard was created by the UN in 1985 in order to aid with the global reach of technology. Interestingly enough, EDIFACT was adopted by the automotive industry, but other industries insisted on remaining with ANSIX12.

By 1991, as many as 12,000 companies were regularly using EDI. The Uniform Code Council (UCC) began EDI over the Internet (EDIINT) so it could standardize communications of EDI reporting data over the Internet.

By 2001, the AS/2 communication standard is published by the UCC to enable encrypted transmission of data over the Internet with the HTTP protocol.

Walmart adopts the AS/2 standard in 2004 to communicate better with its suppliers, and other major retailers follow, although many remain on VAN communication.

Whether you purchase a jug of orange juice at the grocery store, order new shoes from Amazon, buy medicine at the drugstore, or sip that nice wine at your favorite restaurant, EDI plays a critical role in ensuring a dependable, repeatable experience.

Sure, it’d be possible for these things to happen in a non-standard way.

Each manufacturer, retailer, or other business could manually fax paper orders and invoices, or email shipping data and confirmation docs. It would just cost a lot of time, money, and simplicity to do so. EDI enables the standardization and automation required to expeditiously execute – and track – these processes.

Some of the biggest companies in the world – Walmart, Target, and Home Depot, to name a few – mandate sending EDI via AS2 and prioritize securely connecting with suppliers, vendors, and trading partners to keep doing billions of dollars in business every day.

Here is a look at EDI by the numbers:

While the process itself isn’t all that exciting, it’s cool to know that EDI drives much of the global economy and has a hand in much of the commerce we transact daily.

EDI has always been a great technology, one that automates business processes and simplifies once-cumbersome data workflows to enable faster transactions. But there’s been a resurgence in EDI use cases as of late. The data movement and transformation technology driving EDI workflows has evolved to better enable the governance, visibility, and partner relationship management critical to doing business today.

Cloud integration and application integration capabilities, for instance, arm enterprises with the tools to support emerging connectivity use cases that enable more flexible ways to interact with new customers. Additionally, modern EDI solutions can be deployed in a way – in the cloud, on-premise (or private cloud), or in a managed services model – that fits an organization’s current and future needs.

Here are three reasons why EDI has been – and continues to be – a great technology that benefits businesses across industries:

EDI’s rigid standardization that technologists often complain about is also a huge reason for its staying power. It’s difficult to maintain and scale B2B data exchanges without standardization, and the absence of standards to dictate a universal format is why APIs haven’t been able to replace EDI in the B2B world. An API is infinitely customizable to meet the requirements of the business for which it was produced, so connecting is in the hands of the developer.

Taking the manual effort out of the data exchange processes means businesses can automate more of the work to be more efficient, eliminate the labor-intensive activities, and put precious IT resources on more important projects.

Companies may have spent a lot of time and resources getting EDI up and running over the years (the technology admittedly has evolved into a less massive undertaking), but the result was a communication solution that works. It’s still the most widely accepted communication tool out there, and the largest organizations in the world won’t do business with you unless you support EDI.

For these reasons, the market isn’t explicitly pushing for a technology change, but rather is clamoring for better ways to do EDI. These include supporting more advanced protocols to move EDI data, offering EDI-as-a-service products, and providing fully-managed EDI solutions that provide flexible licensing options and predictable costs.

EDI technology is not the standalone data beast it used to be. Its purpose was to move order and invoice information among external trading partners. More often, companies are seeking to integrate other applications into that flow and require consolidated integration for ERP, CRM, WMS, and other cloud and on-premise applications.

Modern integration solutions enable this holistic connectivity and business-wide visibility at greater speeds so they can achieve faster time to revenue. Vendors like Cleo have engineered exciting platforms that address EDI integration needs holistically, across the full range of application and process integration workflows within the modern enterprise. (Learn how Cleo can seamlessly integrate EDI documents into the most popular business applications and cloud services, such as Salesforce, Expensify, and PayPal.)

The Criticality of Modern EDI

Now, as we wrap up the year 2020, the importance of a modernized EDI solution has never been greater or more obvious. Modernizing your EDI software positions your company to take on new business and respond quickly to customer and trading partner requests.

The last thing you need is to disrupt your data flow and business processes because your environment isn’t up to date.

Get Your EDI Success Kit 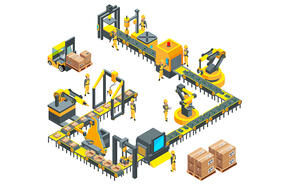 EDI for Manufacturing: How to Simplify Your Processes
READ THE BLOG 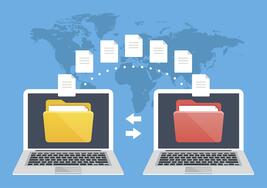 Blog: EDI Integration & Why It’s Important to Your Business
READ THE BLOG

WHITEPAPER
White paper: Why A Company, Big or Small, Might Outsource its EDI
A well-qualified EDI-as-a-service provider can produce results rapidly while avoiding common errors that can risk business operations and trading partner relationships.
DOWNLOAD FREE WHITEPAPER
E-BOOK
eBook: What it Really Means to Do EDI
Learn about the role of modern EDI in the enterprise and discover the ways EDI can drive revenue for your organization.
READ THE E-BOOK
VIDEO
Cleo Integration Cloud – EDI Issue Resolution
Revolutionize the way you handle EDI exceptions.
WATCH VIDEO NOW

Blog: What is EDI Mapping?