Humanizing AI. What Super Bowl LIII Taught Me About Messaging 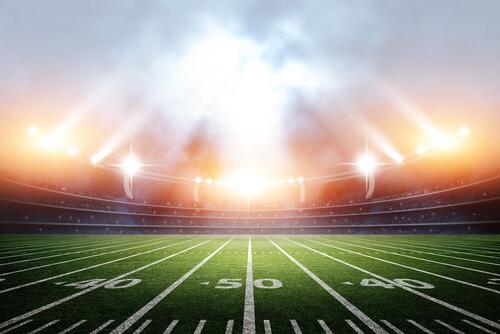 Let me just say that I’m not a fan of football. Plain and simple. And the notably dull Super Bowl last weekend didn’t help break me from this long-held stance.

Growing up in New York, life in the city was always all about the Knicks. Repeatedly, my heart was broken by the Big Apple’s Knick Killer, Reggie Miller. Time and again, the five-time NBA All-Star left an indelible mark, single-handedly altering the outcome of games with historic three-point barrages. If you don’t follow the Knicks, but need proof of Miller’s ability to abuse NYC’s squad, ESPN details the legendary battles in a three-volume 30 for 30 documentary called “Winning Time: Reggie Miller vs. The NY Knicks.” Notice how it doesn’t say Indiana Pacers in that title? Anyway, I digress. Back to football.

Even considering the heightened drama surrounding the Super Bowl, with controversies spun-up as thin and easily dissolvable as cotton candy; echoed by friends and neighbors, you think I could at least get with the excitement of day. Think of the nationwide mix of celebrations and commiserations – big parties and boycotts. And still, I am just not that into it. I can’t reinvent myself as a big fan of football.

But, like a lot of viewers, I am a huge fan of the commercials.

And this year, I was a big fan of all the technology that got showcased during the Super Bowl ad breaks. Sometime after the milquetoast mess that was Maroon 5, Travis Scott, and Big Boi (I really thought that they were going to let Kryptonite play a little longer and perhaps have a surprise guest performance by fellow Atlanta native Killer Mike), they went back to the game. And right before I could go back to not paying attention again, one of the broadcasters started mentioning some AWS Next Gen Stats.

Check out the following in-game data points tracked by the NFL with AWS:

► Real-time player location, speed, acceleration (for every player on the field)

► More QB stats, such as the amount of time it takes to release the ball

► Running back efficiency ratings, and

The AWS Next Gen Stats broke down the first half of the game into consumable parts – metrics that were understandable, enjoyable, and memorable. This is important because my little brother, Jarrett Kenney, who is a tremendous EA Madden fan, called me to ask who AWS was. I answered that it was part of Amazon.

“Amazon, like the Amazon that’s putting up buildings across from the housing projects we grew up in, Amazon?”

In that one fell swoop, Amazon Web Services – or AWS – broke into the mainstream lexicon.

AWS is its own thing.

The brand is strong enough to stand on its own. Good or bad, folks will refer to AWS without any understanding of all the blood, sweat, and tears IT professionals, analysts, administrators, developers, and consultants have put into understanding and appreciating the power of AWS. And that’s a testament to powerful marketing (not to mention some big marketing dollars) – and a triumph for the folks at Amazon.

The application of the AWS stack to help the masses understand why this Super Bowl seems to be the most unexciting one in a generation will help tens of thousands of business leaders and C-level executives make buying decisions regarding AWS. And perhaps a bit selfishly, my conversations with prospects will become simpler when talking about deployments on AWS – I can just refer to the Next Gen stuff from the Super Bowl.

It’s Déjà Vu All Over Again

We’ve been here before … many, many times:

► When Apple told us that we needed an independent maverick PC and operating system by showing us a dystopian view of our future – we believed them.

► When IBM told us to put it into the cloud, my mother started asking me if her contacts were stored in the cloud. (Yes, mom, they are.)

► And we now know more about Watson from the repair guy who shows up to fix an elevator before it’s even broken than we ever learned from IBM’s IT-focused marketing efforts.

This is a curious phenomenon where we should embrace and attempt to understand the subtext.

You need to understand the technologies that we develop and sell well enough to market to our parents, which is kind of funny when you think about it. The old measuring stick for an effective elevator pitch was, “Explain it to me like I’m a 6-year-old.” Only today, kids in first grade are out there coding in Python. In 2019, to hone the message, we should practice pitching to our parents and grandparents.

When we do, the benefits of any good technology will resonate, and the technology can sell itself.

AWS didn’t invent utility computing, but if you are around someone who is not into technology, ask them to name another company that does it. Apple did not invent the PC or the OS; they did, however, make computers cool for the non-lab-coat-wearing set. IBM didn’t invent the cloud or artificial intelligence, but the company is banking Big Blue’s future on these strategies. And if you look for the common thread, the underlying theme: Each did a helluva good job explaining it and more importantly, humanizing complex technologies to their intended consumers.

PS. Reggie Miller didn’t invent the three-pointer – he just weaponized it, and to devastating effect, often against my beloved Knicks.