The Amazon Effect and Its Role in the Walmart Flipkart Deal 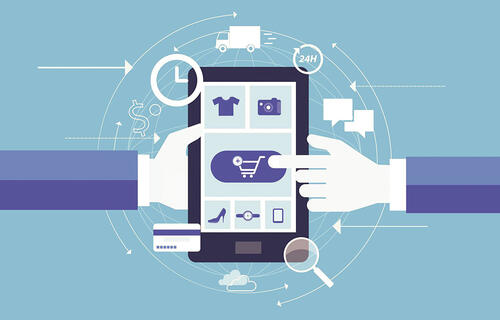 As the Amazon effect grows, and the company continues its push to gain an even larger footprint into the world of physical retail, one of, if not its biggest competitor, recently made an acquisition that will have ripple effects for years to come.

Last week, Walmart acquired a majority stake in Flipkart for a reported $16 billion, adding another e-commerce company to its arsenal. The big-dollar purchase of a 77 percent stake in Flipkart may be by far Walmart’s biggest acquisition ever. However, for the third year in a row, Walmart has pursued significant acquisitions as the standard bearer of its e-commerce strategy. With the two other significant acquisitions – Jet.com for USD $3.3 billion in 2016 and Bonobos for USD $310 million in 2017 – a pattern starts to emerge.

By purchasing Flipkart, Walmart continues to grow its e-commerce portfolio and expand its digital reach with the aim to capture the boom of online shopping globally.

According to an Indian business survey by Morgan Stanley AlphaWise, Internet access in India will double in the next 10 years, and roughly 915 million of its citizens will be on the Internet by 2026. Another nugget from this report is that India has among the highest number of young people entering the work force over the next two decades. Both of these trends are leading indicators that suggest Walmart just bought a massive potential customer base for online retail shopping.

The flipside is a willingness to accept the risk of short-term negative impact to its stock price; a price Walmart seems willing to pay in order to reap what the megalithic brick-and-mortar retailer sees as the inherent competitive benefits of investing more in e-commerce long into the future.

Walmart has made it very clear how much it wants to continue to grow its digital business. And the importance of Walmart banking on major e-commerce acquisitions in order to gain an even larger digital presence is interesting for a couple of reasons. But first, some background:

Walmart vs Amazon – a quick history

Walmart grew to become the most successful traditional retailer in history. Its immense success came from a counter-intuitive strategy around where it chose to locate stores. Rather than pursuing highly-sought-after, expensive, and competitive urban spaces – where large populations of consumers lived and shopped, Walmart focused on opening large footprint stores outside of dense population areas. They decided on large footprint stores where the people and the competition weren’t – in or near small towns. The strategy worked and not only allowed Walmart to monopolize large swaths of rural America, it created a new type of big box store – one place that carried everything, providing one destination for all shopping needs.

Amazon followed a slightly different approach when it opened its “store” digitally. However, it benefitted from similar conditions. Like Walmart tapping into a low-competition market, Amazon was at the forefront of online retail and was thus able to capitalize on the “there first” factor and through diversification, grow to the company it is today – a website providing one destination for all shopping needs.

Now let’s get to the reasons why the Flipkart purchase seems like a good move, starting with number 1:

E-commerce growth is outpacing all other forms of retail by leaps and bounds. In fact, India’s e-commerce market potential alone is astounding – with growth set to make the sector hit USD $200 billion by 2026.

This is replicated almost everywhere globally explaining the massive uptick in online shopping and why e-commerce expansion is extremely enticing to Walmart and many other traditional retail corporations. Now on to the second reason:

The other side of the Amazon Effect

While brick-and-mortar retailers are attempting to reverse the trend of losing market share to the quick-growing e-commerce crowd, Amazon is interestingly facing the unique challenge of trying to open the door and successfully establish a niche in the physical shopping realm. In order to be competitive in the offline world, Amazon needs to face off with Walmart and a select number of other traditional retailers that have bridged the digital gap while remaining dominant players.

This is the other side of the coin to what is commonly referred to as the Amazon effect. While Walmart has taken the fight to Amazon from a digital perspective through acquisition, Amazon is doing the same by establishing its presence in physical stores with flashy buyouts of well-known retailers as evidenced by its $13.7 billion purchase of Whole Foods.

The current disruption across the retail industry shows the ramification the Amazon effect is having. On one hand, it is driving companies like Walmart to evolve into e-commerce participants, and on the other digitally native companies are walking backward into physical stores.

The predicate is any organization that evolves and participates in online and brick-and-mortar will therefore be able to survive. But this is extremely flawed. So, what is the Walmart/Amazon difference? Why, as a brick-and-mortar retailer, has Walmart seen such success while a litany of high-profile failures from RadioShack to Toys R Us have been making headlines? How has Amazon so far seen a great deal of success in investing in physical retail, an industry that for many companies is seeming going the way of the dinosaurs?

The recipe for success, and one that is observable in both the Walmart and Amazon models is an omni-channel approach to customer engagement.

Here’s a quick definition: Omni-channel is a truly modern approach to retail in that it aims to provide a seamless shopping experience to the consumer across every touchpoint or channel, including digital stores, mobile devices, and physical locations. According to the National Retail Federation, other important customer expectation considerations in an omni-channel experience are cost and convenience factors such as:

In a nutshell, omni-channel adds a high degree of supply chain complexity to a modern retail environment that many companies have had a hard time dealing with.

To deal with the complexity of an omni-channel retail presence necessitates a world-class supply chain. Both subjects of this blog are indicative of the most robust and efficient retail supply chains on earth. Here are two metrics to provide a measure of perspective:

Walmart has automated pick-up centers, which makes it easier to shop online at Walmart.com than ever before. Another modern approach Walmart has taken came after its purchase last year of Parcel, a company that specializes in last-minute delivery services. This aims to cut shipping times and delivery costs for customers by also incentivizing its employees to make the deliveries and gain some extra income after their shifts.

World-class supply chains have world-class digital underpinnings. While Amazon – a tech company – gets a lot of recognition for this trait, Walmart is often given short shrift given where they stand today.

Previously, Walmart’s online business was a completely separate entity from its physical stores, but has now fully integrated both components with a digital data mesh for fully- unified and accurate inventory management across the multichannel supply chain optimized for the omni-channel customer experience.

In essence, Walmart’s strategy of digital growth through acquisition is continually dependent on the quality of its underlying digital infrastructure. It is the technological backbone of Walmart that truly makes it a viable competitor against one of the most dominant and disruptive entities on the planet – Amazon. And it is also the greatest weapon Walmart has against the Amazon effect.

What is eCommerce Integration? Learn About Key Benefits and Obstacles
READ THE BLOG 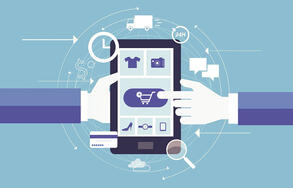 Blog: The Amazon Effect and Its Role in the Walmart Flipkart Deal
READ THE BLOG 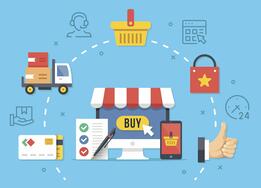 Blog: Driving E-Commerce Excellence Through Your Applications
READ THE BLOG

WHITEPAPER
White Paper: Building a Business Case for Modernizing Your Integration Platform
Investing in modern integration is no longer a luxury for enterprises ...
DOWNLOAD FREE WHITEPAPER
E-BOOK
eBook: What it Really Means to Do EDI
Learn about the role of modern EDI in the enterprise and discover the ways EDI can drive revenue for your organization.
READ THE E-BOOK
VIDEO
Cleo Integration Cloud: Studio
CIC Studio is the latest component of Cleo Integration Cloud 2020 for ...
WATCH VIDEO NOW
Report
The Supply Chain Continuity Report
SEE THE REPORT

The Three Reasons Why You Should Move to the Cloud
Connect with Cleo
We’re here to help you.